Skip to content
Previous Next
Credit Repair Scams in Ohio 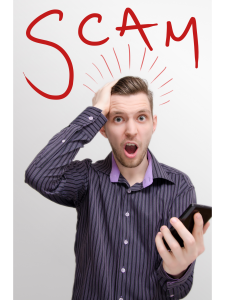 Credit repair companies in Ohio come in two flavors; those who play by the rules and those who don’t.  It’s hard to tell the difference these days, even in the age of Google since reviews can now be purchased from strangers who have had no experience with the company they are reviewing.  So what kinds of scams are credit repair companies that don’t follow the rules, running these days?  Let’s look at some of the pending lawsuits brought by the Federal Trade Commission (“FTC”) and the Consumer Financial Protection Bureau (“CFPB”) these days:

Financial Education Services (“FES”) is a large multi-level marketing company that uses credit repair as its bait to reel in consumers and new agents to sell its products to consumers.  According to the FTC’s latest lawsuit against FES, the company’s agents lied to a lot of unsuspecting consumers and agents about the services that the company can provide.  According to some of the affidavits provided by the FTC, some FES agents misinformed consumers that FES could remove bankruptcies from credit reports.  Other FES agents allegedly misinformed consumers that FES could stop judgments and student loan collectors.   These statements, if made, were completely untrue and misleading.  According to the FTC, these statements were made by FES agents to get consumers to sign up for their $89 monthly credit repair plan.

FES is also accused of selling a product called “Credit My Rent” which purported allows a consumer, for a fee, of course, to have his rent reported to the credit bureaus.  According to the affidavits that the FTC gathered from the major consumer credit bureaus, this product was ineffective and they reported none of the rent payments.

This is an interesting case because it was brought not by the FTC or the CFPB, but by the United States Attorney, directly.  According to the government, Turbo Solutions engaged in a lot of bad practices including having its customers file false affidavits of identity theft and then dispute everything negative on their credit reports.  If true, this is pretty heinous.  The government also accused the defendants of publishing lies on their website such providing guarantees of credit increases, and deleting negative accounts, irrespective of whether they were reporting inaccurately.

Whats scary is that these are just some of the most recent cases filed by the government against big time players in the credit repair space.  We have seen, over the years, some credit repair scams perpetrated by smaller, lesser known companies.  These scams include:

What people don’t know can truly hurt them.

Bad acting credit repair companies think they are too small to get discovered by the government but they are wrong.  The credit bureaus each have a department dedicating to identifying letters that come from credit repair companies.  When they are able to string together enough of these letters, they can sometimes strike back.  For example in CBE Group v Lexington Law, the Plaintiff, a debt collector, filed a lawsuit against Lexington law for violation of the RICO statute by claiming that Lexington Law was flooding its offices with bogus dispute letters.  The case was ultimately dismissed by a jury.  However, if it had gone the other way, CBE Group would likely have had claims against the individual consumers who were represented by Lexington Law.

If you’re trying to legitimately clean up your credit report from inaccurately reporting information, you should see a Credit Repair Law firm.  Come visit us at Law Offices of Gary D. Nitzkin, P.C. or call us at (216) 358-0591  or email us at Gary@crlam.com.  We are happy to look at your credit reports for free and give you our opinion as to how we can help.

Join our 3 for Free program and we will send out up to 3 dispute letters for you for free.  You can also join our Auto Pilot program and we will pull your credit reports for free every two months to make sure that they stay free of inaccurately reporting information.  Call us today.