Skip to content
Previous Next
Do you have a Credit Card Dispute? Don’t get bullied by your credit card company 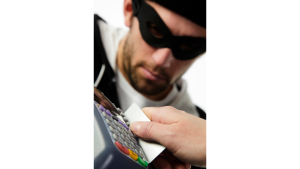 Ever since online shopping met up with identity theft, the credit card companies have been deluged with credit card disputes.  “I did not get my Amazon order” or “The eBay seller was a thief and never delivered the goods” (this actually happened to me) are common pleas made by consumers such as you and me hundreds if not thousands of times a day, to the credit card companies.  So whats a lender to do?

Although you have a right to dispute a charge on your credit card account, the credit card company would like you to believe otherwise.

Don’t be surprised that even after you have supplied all of your well founded documentation showing that you paid for the goods or services and did not receive them, that the credit card company declines your dispute.  Yep, this happens a lot.  Why?  Because sometimes the credit card company, by law, has to eat the loss.  No one likes to do that.

Do NOT be daunted by the credit card company’s Chip Card Defense.

Many credit card today have chips built into them which makes them almost unreproducible.  This is pretty sophisticated technology.  By using the chip in your card when you purchase something at a brick and morter store, the credit card company knows that the physical card was given to you, was actually used in the transaction.  Back in the early 1990s, prior to the chip technology being used, credit cards could be cloned pretty easily.  Someone could scan your credit information without you even knowing about it and make a copy of your card and use it everywhere.  Not so anymore with chips.

Citibank uses the chips in their cards.  Several consumers have come to us complaining that their Citibank accounts were debited for thousands of dollars in goods that they did not purchase.  Citibank has rebuffed these challenges by stating that a chip card was used and declined our clients’ timely posited credit card disputes.  Citibank seems to forget that when it comes to online purchases such as from Microsoft, Doordash and thousands of other merchants, their chip technology does not mean a thing.  Goods and services, including delicious sandwiches can all be purchased with credit card information with no chip being involved.

Moral of the story

If you have a credit card dispute: