Skip to content
Previous Next
If you have ever filed for bankruptcy and Webbank is a creditor, your credit report may be illegally damaged by them. 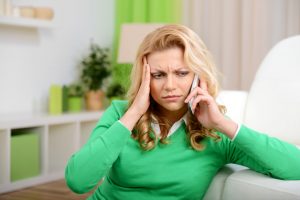 Last year and 2020 were not great years for Webbank for its customers who had filed for bankruptcy.  Numerous lawsuits had been filed against Webbank for improperly reporting a discharged debt or a settled debt as open and late.

So who or what is “Webbank”

Webbank is the bank that finances companies like Fingerhut, Dell Computer,  Klarna, Lending Club, Onemain Financial, Paypal and other retailers and consumer lenders.  When you buy something on credit from one of these companies, its Webbank that is actually financing you.  They report to the credit bureaus and don’t exactly do a great job of it either.

Bankruptcy is the promise of a fresh start…usually

Bankruptcy is the promise of a fresh financial start to people who have been burdened with debts that they cannot satisfy.  As soon as someone files for bankruptcy, all that person’s creditors have to stop attempts to collect the debt.  Moreover, the creditors have to report the debt as included in bankruptcy.  Once that person receives a discharge of their debts in bankruptcy, they no longer owe money to the creditors that were listed in the bankruptcy case.  This is how one gets a fresh start.

Webbank has a different idea about bankruptcy…it clearly wants its money no matter what.

In 2021, Judi Keating filed a lawsuit against Webbank in the United States District Court for New Jersey for reporting a debt that she had discharged in her bankruptcy, as a charge off.  Webbank knew about the bankruptcy and discharge, but still reported her account as charge off instead of discharged in bankruptcy.  Charge offs are the kiss of death to credit scores.

Similarly, Andy Fraser filed a lawsuit against Webbank in the Norther District of Georgia in 2021, complaining of the same thing as Ms. Keating.  Namely that Webbank continued to report a debt as a charge off that was discharged in his bankruptcy.

Just to be sure that these are not “one offs” Melody Hamilton also filed a lawsuit against Webbank in 2021  in the Northern District of GA, complaining that it was reporting a debt as charged off that was included in her Chapter 13 bankruptcy plan.  Webbank was still getting paid under this plan so the debt was not charged off.

Webbank had notice of all three of these victims’ bankruptcies.  Webbank was also notified by all of these people that it was not reporting its tradeline correctly.  Even when notified of the bankruptcy and incorrect reporting, Webbank continued to improperly report these people with open debts that were late instead of reporting them as included or discharged in bankruptcy.

How this prevents people who have received bankruptcy discharges from getting their fresh financial start.

An account that is reported as late damages a credit score, greatly.  If the debt has been included and discharged in bankruptcy, it has a lesser effect on the credit score.  Moreover, the overall impression of a late account is far different to a potential lender than the impression of a debt that has been discharged in bankruptcy.  A late debt shows irresponsibility.  A discharged debt shows that the consumer addressed the debt and others, even if through bankruptcy.

What you should do if you have ever filed for bankruptcy and Webbank was a creditor of yours.

Very simply, call us.  We are happy to look at your credit reports for free and advise of what can be done with them to clean them up from errors and mistakes such as those that seem to be perpetuated by Webbank.  You don’t have to suffer in silence and hoping the account will correct itself is not strategy that will fix your credit report or get you monetary damages.  Call us at Law Offices of Gary D. Nitzkin, P.C. today for a free no obligation consultation at (216) 358-0591.  Or email us at Gary@crlam.com.