Why Ohio Consumers should be Concerned about IRS Debt Collectors 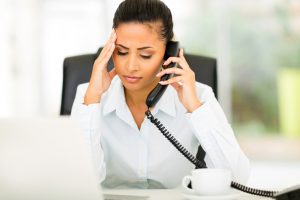 When it was announced that the Internal Revenue Service (IRS) hired third-party debt collectors to pursue unpaid tax debt, consumer advocates raised concerns. Chief among these concerns was fear for consumer security. Previously, it was more difficult for fraudsters masquerading as IRS collection agents to scam consumers. They didn’t use the same tactics as “regular” debt collection agencies. However, now that a phone call from a regular debt collector that claims to represent the IRS might be legitimate, it’s easier for identity thieves to fool consumers. Now it looks like Ohio residents who owe back taxes might have something else about which to worry. Four U.S. senators have accused IRS debt collectors of using illegal and abusive debt collection tactics.

While all four of the debt collection agencies hired by the IRS are under investigation, Pioneer Credit Recovery is under the most scrutiny. The four senators who are accusing Pioneer of “illegal and abusive debt collection tactics have obtained the agency’s call scripts. After reviewing these documents, they learned that representatives from Pioneer are suggesting payment strategies to consumers with tax debt. These include:

The senators involved in this investigation are worried that taking on additional debt in order to pay taxes would be harmful to consumers. These senators feel that consumers who are already struggling to pay their taxes would be in far worse financial shape after committing to a mortgage, a loan, or heavy credit card charges. They argue that these types of “strategies” are seldom suggested by other types of debt collectors. So why should the IRS suggest them?

Other Concerns Raised by Consumer Advocates about IRS Debt Collectors

Consumer advocates have brought up another point about how the IRS has never pursued tax debt from low-income consumers with financial hardships. However, only one of the four debt collectors hired by the IRS, Performant, has included instructions on how to handle hardship cases in its call scripts.

All four of the IRS debt collectors have offered to set up installment payment plans for unpaid tax debt. These plans usually last up to seven years. This is two years longer than the span that private collectors are can offer by law. In fact, the very code that authorizes the IRS to hire outside debt collectors in the first place states that there is a five year limit on installment plans. Yet, the IRS said that the seven year plans are legal as long as there is agency approval. Of course, many consumer advocates disagree with this interpretation.

Going back to the consumer safety issue, there are ways for Ohio consumers to protect themselves against identity thieves masquerading as IRS debt collectors. First, if a “debt collector” asks you to make a payment in the form of gift cards, you should hang up immediately. This is a clear indication of intended fraud. Next, if trusting a debt collection agency to handle your tax debt makes you uncomfortable, you can tell it that you want to handle your IRS issues with the service directly.

How Ohio Consumers should Deal with Abusive Debt Collectors

The Free and Legal way to End Debt Collector Harassment

At the Law Offices of Gary D. Nitzkin P.C., we’ve had years of experience when it comes to stopping debt collector harassment. We’ve also been cleaning up credit reports for consumers since 2008 for free. How do we do it? All of our fees come from the defendants in settled cases. This is why our clients pay nothing for the work we do.

Let’s start the conversation about what we can do for your credit. Set up your free consultation today by calling Attorney Gary Nitzkin at (216)358-0591 or sending him a message through our contact page.