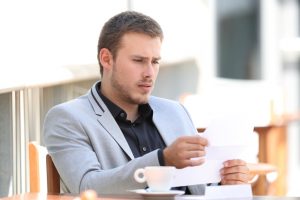 Ohio consumers may feel like they’re at a disadvantage when dealing with debt collectors, but they may have more leverage than they realize. The Fair Debt Collections Practices Act (FDCPA) is a federal statute that regulates debt collection agencies. So it’s important for Ohio residents who have debt in collections to understand how the FDCPA protects their rights.

For example, a debt collector may only pursue a consumer for the actual amount of a debt. So even if a debt collection agency accidentally sends a consumer or the consumer’s lawyer a letter asking for an incorrect amount, the debt collector is considered to be in violation of the FDCPA. A recent court case in Minnesota prompted the Consumer Financial Protection Bureau (CFPB) to make a statement about the unlawfulness of this type of action. Consequently, many experts believe that this reaction from the CFPB on the matter will have “far-reaching implications” for the debt collection industry.

This Minnesota court case involved a woman who defaulted on an account with Wells Fargo. Allegedly, Wells Fargo waived its rights to continue collecting interest on the charged off debt back in 2010. At that time, the woman owed $4,953.47. Later, the debt was sold to Appellee Admiral Investments, LLC (Admiral), and they sent a debt collection letter to the consumer asking for $7,500. This total included interest charges and late fees.

At this point, the consumer retained a lawyer, so the next letter that the debt collector sent was addressed to the retained legal counsel. This letter stated that the consumer now owed around $11,000 due to the accumulation of interest charges. However, when Admiral eventually sued the consumer for $4,953.47. This was the amount of the original debt charged off by Wells Fargo.

The consumer, in turn, filed an FDCPA violation suit against Admiral in federal court. She claimed that the letters sent by the debt collector “constituted a false representation of the character, amount, or legal status of her debt.” However, the second letter was sent to an attorney. So, the court ruled against the consumer. The consumer than appealed to the Eighth Circuit court and this is when the CFPB stepped in.

The Final Analysis, According to the CFPB

This is where Ohio residents should start taking note because the CFPB has authority in all 50 states. If the Eight Circuit court accepts their interpretation, debt collection agencies all over the country must comply. Quite simply, the CFPB said that the decision to dismiss the Minnesota case was completely wrong. Why? The message from the consumer advocacy group was quite simple: A misrepresentation is a misrepresentation, no matter what. The debt collector went after the wrong amount, and this puts them in violation of the FDCPA.

What does all of this mean for Ohio consumers? It means that you may be even more empowered than you think to fight back against debt collectors. If you receive a letter from a debt collection agency, take a careful look at the demanded amount. If it seems excessive, it’s worth your time to dig in and find out if it is wrong. It may be the case that the debt collector in question is in violation of the FDCPA.

In fact, if anything about your dealings with debt collectors seems wrong, you should speak up and take action. For example, if you’ve been verbally abused, called at all hours of the night, intentionally embarrassed, or if you’re being harassed about a debt that isn’t even yours, you can put a stop to the abuse. Ohio consumers can even get a FREE credit repair lawyer to help them with the process.

The Free and Legal way to End Debt Collector Harassment

At the Law Offices of Gary D. Nitzkin, P.C., we’ve had years of experience when it comes to stopping debt collector harassment. We’ve also been cleaning up credit reports for consumers since 2008 for free. How do we do it? All of our fees come from the defendants in settled cases. This is why our clients pay nothing for the work we do.

Let’s start the conversation about what we can do for your credit. Set up your free consultation today by calling Attorney Gary Nitzkin at (888)293-2882 or sending him a message through our contact page.